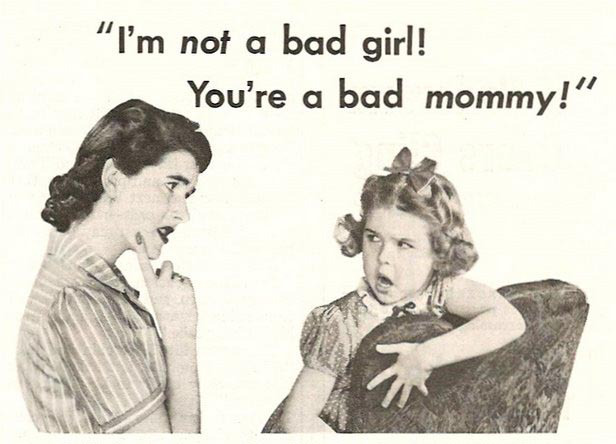 … are hard to find. No really, they are. I tried hard – really hard – to find examples, and managed no more than a small handful. You try coming up with a list and see how far you get.

I did a similar search to find good fathers and, whilst we’re not exactly awash with them, there seem to be way fewer offerings in the bad father category, and a surprising number in the good category were actually in the rubbish-but-trying group.

Yet you can find plentiful tales of over-bearing mothers, over-protective mothers, unfit mothers (drink or drug dependant), abusive mothers, neglectful mothers, distant or unloving mothers, or simply mothers who – even though they’ve done the best they could have struggled with the hand dealt to them – resulting in their children suffering in some way or other. Frankly, it’s a bloody minefield.

And why is that? Are there really that many children who’ve been marked – in a bad way – by their mothers? From the screeds of book lists containing bad mothers, one does begin to wonder. Could it be that good mothers are simply dull? Or maybe it’s an easy option? After all, every story needs conflict.  And conflict between parents and children is a natural part of growing up. Perhaps parents can only be good when the source of conflict is to be found elsewhere …

So, here is my personal list of good mothers and fathers in literature:

Do you have any personal favourites I’ve missed?
We parents need some good press …

10 thoughts on “Good mothers in literature …”