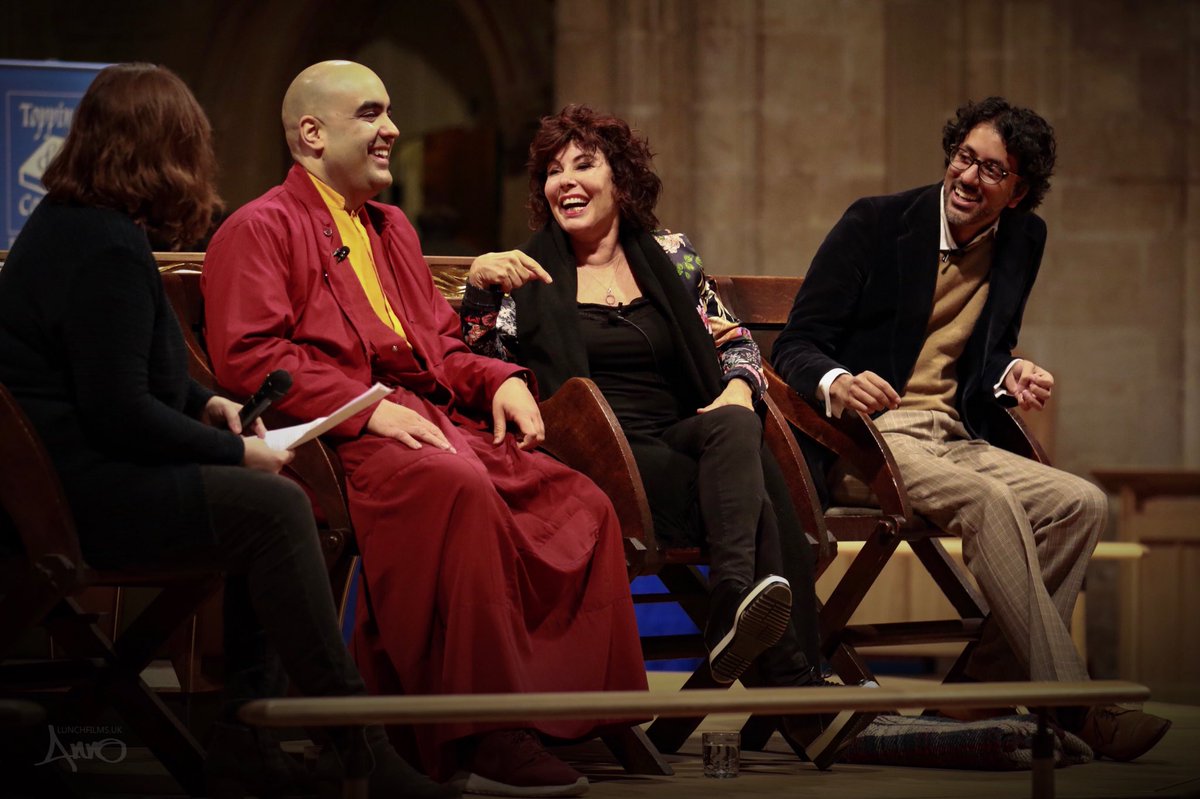 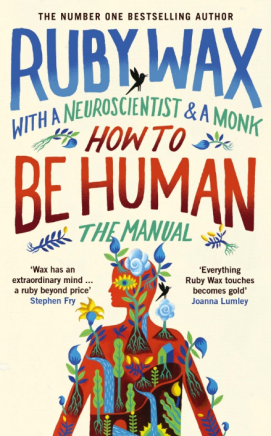 At last year’s Hay Festival, Ruby Wax was speaking about her new book “How to Be Human: The Manual” and she brought with her “a Neuroscientist and a Monk” as they are dubbed on her front cover.

I took notes in every other session I attended at the Festival, intending to turn each one into a blog post about the event. But, for this one, I quickly stopped. Why? Well, firstly because it was so fast paced I struggled to keep up, but more because I wanted to simply enjoy the experience fully (and knew I would read the book later).

I’ve since pondered on & off about the rise in popularity of this type of book. Me – I’m a sucker for psychology and neuroscience – but I don’t buy enough copies to account for the bestseller status achieved by Wax’s previous two books and that likely to be achieved by this one.

Then, while researching a book club pick, I started listening to a recording of Jordan Petersen speaking to Russell Brand on his ‘Under the Skin’ show and – lo & behold – this very subject was raised. Brand expressed his belief that the level of banality and spin currently proliferating in all forms of media (radio, TV, newspapers as well as social) has driven individuals to seek out ‘substance’. I’ll have to draw a veil over the remainder of the broadcast for I didn’t last long thereafter, but I think Brand may have a point.

Fiction has long been a source of escape for many a reader but has life become so – I’m going to suggest you insert your adjective of choice here – that many of us are looking for something more? Yet the self development and happiness movements do appear to be polarising, in that reactions are either of the eye rolling variety, or whole-hearted enthusiasm, and there is no doubt that ‘gurus’ come not just in a variety of guises, but with varying levels of substantive scientific background and training.

But – despite being a comedian and showman – Ruby Wax does have that background. She’s done her homework, she’s done her training (she’s a psychotherapist and has a Masters degree in Mindfulness), she not only shares her platform with a Buddhist monk and an actual Neuroscientist, they are a key part of her learning and of what she seeks to share with her readers. If only one could say the same for all the gurus out there.