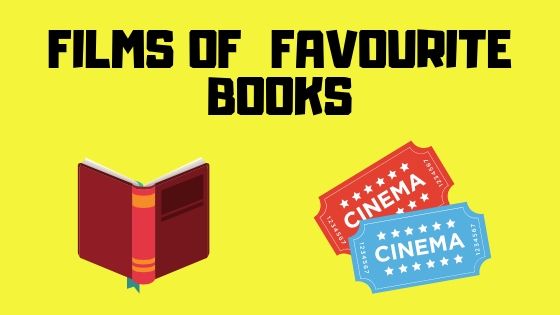 As a reader, I’m always book first, film after. In fact, many a book on my TBR list has been promoted up the order following the news it’s being filmed. As a writer, I’d like to think that order would be the case for the majority of my readers-to-be.

I got to wondering, how do you feel when the news breaks that a much loved book is going to become a film? Do you (like me) check the credentials of who’s involved, consider their body of past work when working out if it’s to be a sick feeling in the pit of the stomach, or a lift of hope? I know if the original author is still alive, I feel vastly reassured if they’re involved – the more actively, the better.

I’ll select two books from my list of 5-star reads to illustrate the size of the potential gulf.

To Kill A Mockingbird – Horton Foote’s screenplay was a faithful adaptation of the book and the director – Robert Mulligan – went on to become known for humanistic American dramas. That said, with such quality source material – a great story, told in a strong and clear first person voice – they were on to a winner, but luckily they didn’t tinker with it. It’s an ideal book to become a film – a human story, taking place in a small town over a relatively short time frame. Add a simply marvellous performance from Gregory Peck and you can’t lose. Unsurprisingly, both book and film are still regarded as classics.

World War Z: An Oral History of the Zombie War – The strength of this work was the story of the steady and inexorable build-up to the Zombie War. Told as an ‘oral history’, it jumps around the globe following the spread, providing us with a window into how individual countries and communities react to the threat. There is genuine tension and a growing dread of the horrors to be faced. But the film focuses on just one segment of the whole and whilst I understand the entire book would’ve been impossible to film, it was a shame to focus on one man and his family – a white american, with powerful connections – so they could portray a successful outcome. The film was entirely run-of-the-mill as a result.

On then to the news that Ben Aaronovitch’s Rivers of London books are going to become a TV series. Optioned earlier this year by Simon Pegg and Nick Frost’s production company Stolen Picture, the good news is Aaronovitch serves both as executive producer and is penning the adaptation.  This news had me mentally yell “Yay!” before stopping to wonder how on earth they were going to manage it.

I’m pretty confident I’m not the only reader of this series to be wondering likewise. Back in 2015, before the series hit mega bestselling status, I attended an event with the author during which he positively chuckled while admitting his books would cause cause a serious headache to anyone attempting to film them. Previously a writer of screenplays, he spoke of being freed from the limitations of having always to keep in mind the practicality of filming any story – as he said, in a novel, its all in the mind of your reader. Magic aside, with London itself being almost as central a character as Peter Grant, the practicalities will present a considerable strain. In order to avoid spoilers for those who’ve yet to read the books, to fellow readers I’ll simply mention that scene in Covent Garden. I’m really looking forward to seeing how they manage it, for it needs to be truly spectacular if my imagination is anything to go by!

Do you have a view on the order of books vs films?  Have your much loved books been satisfactorily adapted to film/TV?  Are there books you’ve read which turned out better once transferred to celluloid?