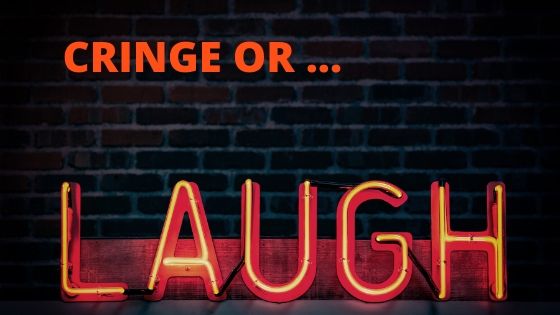 As a preteen, I recall my parents sitting down to a Dean Martin & Jerry Lewis film on TV with great anticipation. I can’t say I found the film enjoyable, but it was only after we’d watched a few more that I recognised my feeling was more than lack of laughter and was actually … discomfort. So I simply stopped watching them.

It was decades before I thought about them again and, by then, I had the capacity to analyse the problem. Even though Jerry Lewis was inviting us to join him in finding it amusing, the treatment being meted out to his character was always humiliating. How viewers were meant to believe Dean Martin was a genuinely likeable character when he didn’t rail against such treatment of his friend was totally beyond my understanding. I felt the same about the films of Norman Wisdom – the British version of the small man, the comic turn we were supposed to laugh at – or with – and take to heart.

I believe I’ve a good sense of humour and have no problem enjoying those scenarios where where a comic shares an embarrassing experience they’ve had with an audience – for they’re in control, they’re the one with the power, they are not being “done to”. For even if the experience, when witnessed, may have been humiliating – they’re adding their own personal humorous perspective to it’s retelling. We’re not watching someone helpless in the course of being humiliated.

For me, when examples of embarrassment = humiliation, I check out – for it makes me cringe deep inside my being.

Do you feel uncomfortable when you see someone else being embarrassed? What’s most likely to make you squirm?