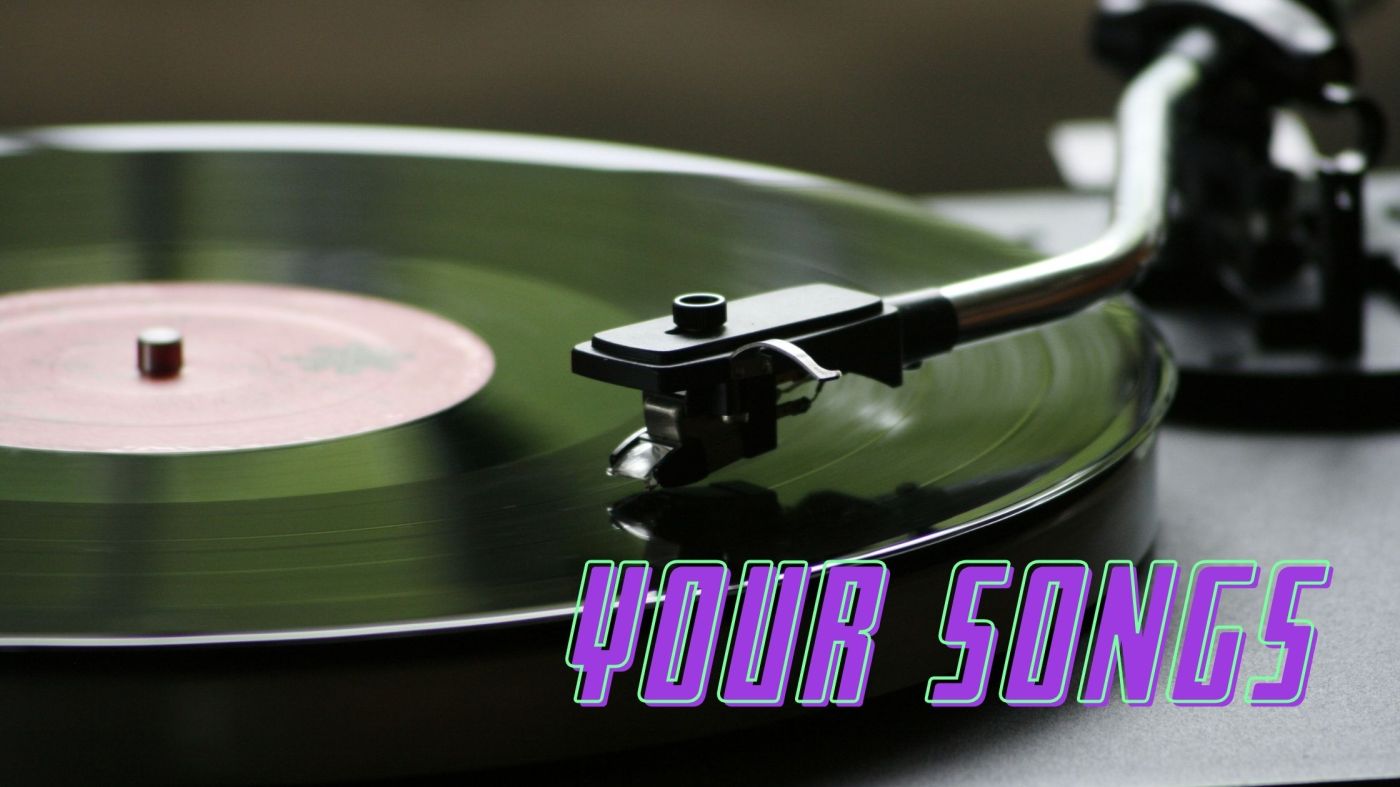 Ever wondered what your choice in music says about you? No, I can’t say I’ve given it much thought before either … yet music has always mattered to me. I’m not a follower of fashion – which my choice clearly says 😉 I don’t listen to music radio, so adding something new to my playlists is rare, with much happenstance involved. It’s also another area where Himself and I do not overlap in our tastes, nevertheless – I decided to have a bit of fun with one of those lists …

A song you like with a colour in the title: “Blues” (from West Side Story) – Leonard Bernstein & Orchestra. I chose this clip from the documentary which brought this wonderful performance to my attention. Bernstein cast opera singers to perform his seminal work, and it is simply wonderous. I love this number, if for no other reason that it’s the perfect depiction of his marvellous exuberance.

A song you like with a number in the title: “200lbs of Heavenly Joy” Tom Jones & Jools Holland with his Rhythm & Blues Orchestra. Jools Holland – once part of UK rock band Squeeze – went on to host a long-running live music show. Fronting the Rhythm & Blues Orchestra – chock-full with the cream of jazz & blues musicians – he’s released a series of collaborative albums with a number of singing stars, with this one succeeding in converting me to the undeniable quality of Tom Jones’s voice, after decades of disliking the man.

A song that reminds you of summertime: “Summertime” Ella Fitzgerald & Louis Armstrong. There can only be the one – this amazing version of the Gershwin classic from “Porgy & Bess” – it is simply musical heaven.

A song that needs to be played loud: “Gethsemane “(I Only Want to Say) – Ian Gillan from the Jesus Christ Superstar original cast recording. My English convent boarding school arranged a trip to attend the live performance in London. But the original cast recording featured these rock gods I’d not heard of before – and oh my…

A song to drive to: “Hit the Road Jack” Ray Charles. A friend in school introduced me to the joy that is Ray Charles at a time when it was all about folk music for me, and I’ve never looked back. Hard to believe he’s 66 years of age in this performance.

A song that makes you happy: “Smooth” Santana with Rob Thomas. A latin rhythm makes me want to move – combine that with the guitar skills of Carlos, a great guest singer in Rob Thomas, and you have a winner ladies & gentlemen. This is my morning alarm call, and I honestly never get up grumpy 🙂 Oh & Santana is one band both Himself and I like, so they had to feature!

A song that makes you sad: “I wish you love” Natalie Cole. Ever had someone you love, only to come to a realisation that it’s never going to work? This is the song for you. Clearly, I have, hence why it speaks to me. But also, what a voice – a real chip off the old block. The entire album is gorgeous too.

A song you never get tired of: “Sitting on the Dock of the Bay” Otis Redding. From the first strums on the guitar and that voice … to the whistling at the end, I genuinely never tire of listening to this masterpiece. Even while linking to it, I’ve listened multiple times.

A song from your preteen years: “Mony Mony” Tommy James & the Shondells. Most of the music we listened to was chosen by my parents, but this one came from a friend at a preteen party. I still remember her standing with her bandaged knees glued together to protect them from further damage while wiggling her behind …

One of your favourite 80s songs: “Tainted Love” Soft Cell. Not my usual taste, by any measure, but it played every night in the pub across the road from the London advertising agency where I worked in the early 1980s, thus becoming the sound of the decade for me. I saw Marc Almond live decades later when he performed this with Jools Holland & his Rhythm & Blues Orchestra.

A favourite song to request at a wedding: That Ole Devil called Love – Alison Moyet. Actually, I have never requested a song at a wedding, but this is a lovely smoochie number, so it would probably get my vote. It’s a beautiful old song brought to a new audience via the stunning voice of Alison Moyet – known in the early 1980s as Alf from Yazoo.

A favourite classical song: Dvorak’s “Slavonic Dance no 2 in E minor, op 72″ performed by Yo Yo Ma. I came very late to classical music, but the cello seems to have rapidly become a favourite. I went to the Royal Albert Hall to see a friend sing in a choir, without knowing that opening the evening would be Yo Yo Ma – such a treat.

A song you’d sing at a karaoke bar: “7 Seconds” Youssou N’Dour & Neneh Cherry. I have only once performed karaoke and that was a duet of “Something Stupid” – but I was drunk and not thinking 😉 This better suits my vocal range and also has an important message. But “Chasing Cars” (see the final clip) could also have been a contender.

A song from your childhood: “Can’t Buy Me Love” The Beatles. I was a Beatles fan but this isn’t one of my favourite numbers. It was my father’s though, and we not only listened to their performances of it, but he would often burst into song himself. He didn’t have a good voice, but he did sing it with gusto.

A song you know entirely by heart: “Chasing Cars” Snow Patrol. This song entered my DNA as it was a favourite with my local rugby club. Luckily there isn’t any photographic evidence of me – in my fifties – standing on the table with other club members belting this out at the top of our lungs. I was newly single and living alone for the first time ever, yet it was an exceptionally happy time. We did sing it at a rather more rapid tempo than Snow Patrol though 😉