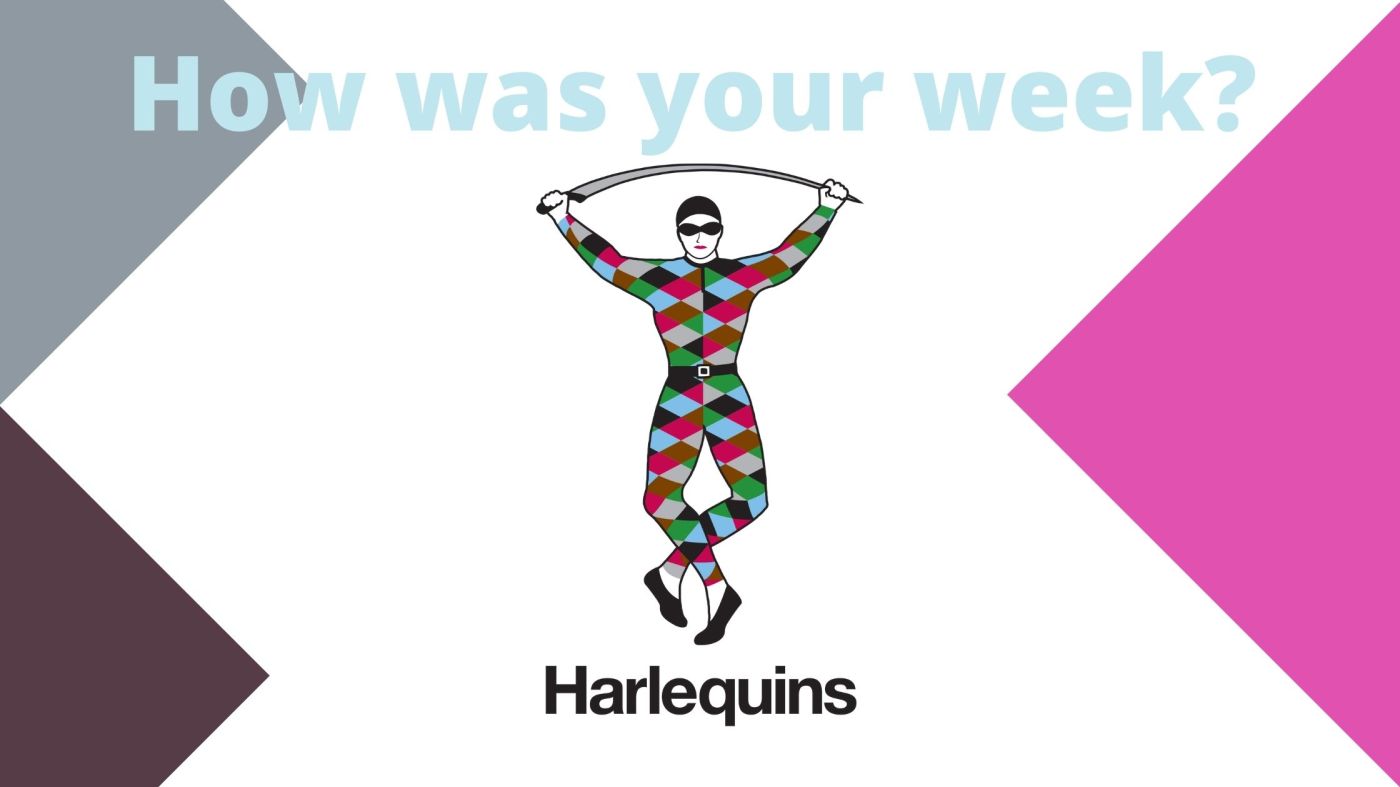 For the past year to 18 months, life has largely followed the same pattern on a daily, weekly, even monthly basis. Of course I’m not alone in this and while there have been memorable highlights of the “got to hold my new grandchild, play with the first grandchild and squeeze my daughter tight” basis, more “normal life” events have largely been missing. Till this last week that is…

It all started a week ago on Saturday. My rugby team was playing in a semi-final which wasn’t being televised except behind a pay-wall (one I’d chosen not to pay for as it had failed to work for me twice before). So, Himself and I went about our daily business with me checking in to Twitter for updates. It wasn’t looking good at half-time, and I’d resigned myself to the inevitable… when something happened. My team started to fight back. At full time, the game was tied, taking it into extra time. The opposition hadn’t played the week before, so should have been fresher than my boys, except they weren’t. Long story short, my team ran out winners, In the press, the game was touted as the best game of rugby seen in a long time, while neutrals sang the praises of the high quality entertainment.

Still, I decided that the pay-wall and I were not going to do battle for the final, so Himself dug out a couple of radio stations which would be covering it instead. I settled my nerves and went on with my week, which followed a pretty expected pattern with pundits stating the obvious (that my team were the underdogs), with fans talking about the last time, sharing memories of that time we’d won. Until Thursday evening that is…

After absolutely ages of respectful social distancing, my neighbours and I all ended up chatting in a big group in the car park outside our apartment building. With two fire engines and multiple firemen in attendance, the rumour soon spread that someone had been BBQing indoors. Before this, things had felt tense when, after a headcount, it turned out one apartment dweller remained unaccounted for – worrying when his vehicle was in the car park and he’d been seen coming home, especially after one neighbour whispered “… and he’s a smoker”. His face when he rounded the corner to see the fire engines and us all was both a sight for sore eyes and a sight to behold 🙂

Himself, throughout all this, continued to eat his evening meal while having a grumble about the idiot (insert rude name of your choice here) disturbing his peace & quiet. Eventually, he grabbed his camera in case something picture worthy actually happened, but remained resolutely indoors. The couple who’d evacuated with their 7 day old baby were probably the ones who took the news of the indoor BBQ least philosophically, whereas my elderly neighbour thoroughly enjoyed the excitement and the sight of fit young men striding around, demanding of all the neighbours that pictures be taken and sent to her. She’s a game old bird 😀

On then to this Saturday – and to the final staring my rugby team – long under-performers – against the a team who’d featured in the final for the past six years. A team who’d not only won it last time out, but also won the top European competition. My team rightly earned their underdog status having had a woeful start to the season. They’d played dreadfully, looked utterly miserable, got beat and beat badly. Then one day, the team parted ways with their top level coach – and started to perform. There were still weekends when they took a beating, for they played with a devil may care attitude and not much in the way of defence. Yet they kept the faith, they played their way, and ended up fourth, with a chance to turn their season around in the end of season playoffs.

So it was with the highest of hopes and absolutely no expectation that I sat down to listen. We scored first. Then they scored. And so it went on. Every time there was a chance for easy (but lower) points, my team took the risky option – and scored the higher points. The game was virtually over when the opposition became the first to opt for the easy (lower scoring) option. But my team kept going for the risky option – for their way is to play attacking rugby – and eventually they ran out winners by a mere 2 points.

Himself had been applying anaesthetic to me in the form of beer – pints of the stuff, more than I’ve drunk for a few years – as well as Indian snacks and a very fine curry. Fortunately I’d finished the latter when I leapt up to celebrate the win, for turmeric on a pale grey carpet would’ve been a horror story of epic proportions.

What felt odd though, was to be celebrating alone. While Himself was delighted for me, he’s not a rugby fan. I exchanged messages with my family and with other fans. But it was a stark contrast to the last time my team had won, when we’d all been together in a massive multi-coloured crowd of fans in Twickenham. This time, there were only 10,000 fans permitted into the ground, half of whom came from the opposition. At the same time, across the country and on social media, it was all about the European soccer tournament – the finals of which will soon be played in front of over 60,000 fans. For the UK is a soccer supporting country, with rugby the decidedly minority sport. In this country, soccer is called “the beautiful game”, and we rugby fans know this won’t change, despite rugby having provided two of the most beautiful games ever two weekends on the trot.

What’s new in your neck of the woods? Anything you want to shout out about? As life starts to creep back to some form of new normal, have you noticed changes to the old normal way of things?