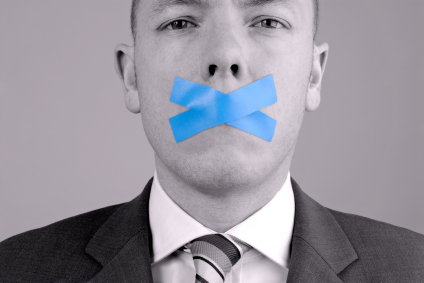 I was having a little browse through the WordPress Discovery feature and came across a blog called The Death Project. Now, I’m not into misery memoirs or the like, but good quality writing about handling the shitty stuff in life can be inspirational. Unexpectedly, what struck a very personal chord with me were not her words, but the blog written by her boyfriend. In his post What to say or not to say, he talks about his thought process as whether (or not) to blog on the subject. His concern? That some of his circle might feel he was giving them a slap about how they’d behaved/responded/handled this situation, whereas that was not his intention at all. He was hugely at pains to stress that if people had inadvertently got something wrong, he understood … because he’d done the same himself. But now that he knew different, he wanted to share that knowledge, so some small good could come out of this awful situation. By sharing that knowledge, maybe it would help someone else to react differently – and better – should they be so unlucky as to find themselves where he is now – loving someone with a terminal diagnosis.

For us human beings, we don’t handle this stuff well – death, disease, life-limitations that we can’t change. I know I haven’t in the past, even if I’ve subsequently learned to do a bit better with age and experience. And maybe it took for me to have my own challenging diagnosis to learn that lesson, whereas I could’ve learned it second-hand, if we weren’t so quick not to speak in case we cause upset or offence.

I had an opportunity to speak on this subject after my diagnosis, but was advised not to. That advice was correct, because no-one wanted to hear it, not even a crowd of people whose aim was to fundraise as an act of support to me. And yet … because I’m a natural carer, the one people come to when they want to be truly heard, I quickly suffered from what I called ‘telling fatigue’ whenever I shared the simple fact of my diagnosis. Too many people needed me to take care of how they felt about my getting cancer.

At the end of my treatment, a hugely supportive relationship I’d been in ended very suddenly and unexpectedly, and I suffered with a massive emotional crash. Without an outlet for my overwhelming emotions, I took anti-depressants which numbed the pain somewhat, but the still-present grief led me to flounder about, making multiple poor decisions. I can live with the me that my decisions created, but that doesn’t mean I don’t wish I’d made different choices.

If I’d been a blogger then, if I’d been able to share my thoughts, my feelings, my discoverings and my learnings, without having to ‘hold’ the feelings and worries of others, I wonder if I’d feel different now. Reading these blogs and seeing the succour and support both these individuals receive, it occurs to me that a blogging outlet during that time could have provided me with a healthier emotional outcome. For one of the amazing things about this blogging world is the number of people providing support and understanding to those who need it. Most of them from a shared perspective, either by being in the same boat at the same time, or because they’re paying forward the support they’ve already received.

I guess what I’m saying is that blogging – even if you do so anonymously – could improve your mental health. And that’s not something I ever expected.

An A-Z Journey through the Challenge: B

An A-Z Journey through the Challenge

#Secondthoughts: Covers – or what goes into making sure your Book doesn’t go under (cover)