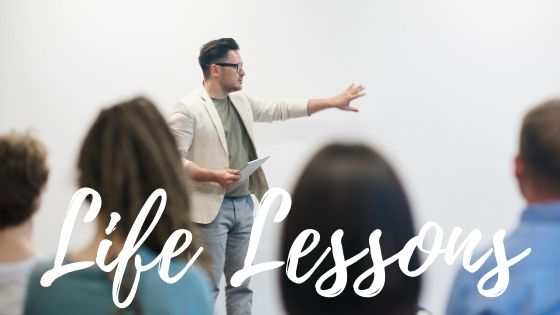 During the recent restrictions, my heart went out to those parents trying to balance working from home with some form of home-schooling. But I took my hat off to those teachers who had to move to teaching online without specialist training. Hopefully most children got to experience at least one teacher who’s risen to the current challenge, and I’ve certainly read tales of those who have. It did get me to recalling my own experiences with teachers – for it was a bit mixed …

At one end of the scale, there was my French teacher. A real tartar – she terrorised any who demonstrated signs of being weak or vulnerable. A fellow classmate of mine was struggling – her mother was dying and she had raging eczema which she scratched during lessons. Rather than offer kindness or support, my teacher insisted my classmate stop scratching, until losing her patience when my classmate proved unable to stop – she’d eject my classmate from the classroom. I had a bad habit too – of biting my nails – but had quickly learned to desist in that particular class. Nevertheless, I started it up again, if only in an attempt to divert attention from my classmate, and to keep her company outside the classroom door. I discussed this teacher’s unlovely behaviour with another teacher I liked and respected. Her response? The French teacher didn’t really like pupils until they reached sixth form (ages 16-18), so we just had to ride it out till then. In truth, her behaviour did change when we reached the sixth form – only my classmate had long since been removed from the school by her surviving parent.

What did I learn? That life is unfair, especially when you’re in a place of vulnerability. Not to expect those in authority to be kind or fair. Finally that you should always either stand up for or alongside someone who is being bullied.

At the other extreme was the Spanish teacher from my final year in full time education. Things having gone somewhat array the previous year, I was attempting to complete a two-year course in English Literature in one year. When I expressed my struggles, my Spanish teacher offered to tutor me on a variety of English literature texts during our Spanish language lessons . Yes, you read that correctly – he not only taught me Spanish language and literature, he also coached me in Chaucer, Shakespeare and Wilde, for he considered any subject acceptable so long as they were discussed in Spanish. Without him, there’s not a chance in hell I’d have passed my English examinations and received my qualification. Last but not least, he was erudite, intelligent and funny.

What did I learn? That there are ways and means to accomplish stuff when you’re fortunate in  working with someone who’s both flexible and thinks outside the box. That being clever doesn’t prevent you from being seriously cool.

Two teachers at the opposite ends of the spectrum. Both taught me valuable life lessons, but only one is remembered with genuine respect, affection and gratitude.

Is there a teacher who had a real impact on your life – either for the better or the worse?