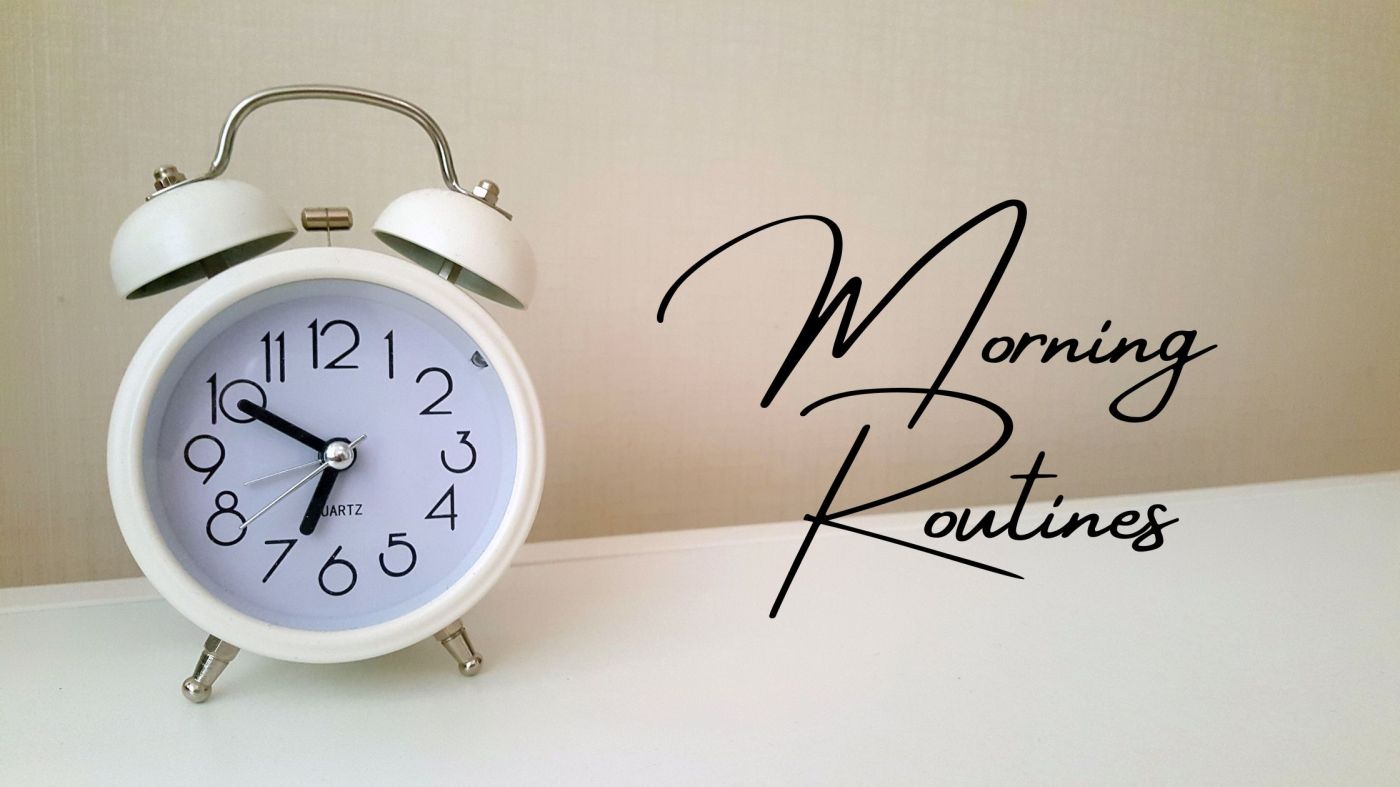 Surely, nothing is ever that straightforward, especially if your life is largely re-active. Unless you’ve no responsibilities at all, how many of us can fit in 30 minutes of meditation, followed by 30 minutes of Yoga or Pilates, before breakfasting on a healthy smoothie. Let alone the fact that most of us don’t have a personal assistant who’ll screen out the junk from the vital in our email in-boxes.

Before deciding whether to sit back and chuck (yet more) stones at the concept, I thought I’d take a look at what a morning routine is. What I came to realise is that whether it’s planned – or not – the stuff we do in the mornings, especially the stuff we repeatedly do, is our morning routine – and it’s setting the tone for the rest of the day. As someone who has never been a morning person, this isn’t good news for me in any perceived pursuit of riches, success or fame 😀

Even when I had a small baby and was working full-time, I wasn’t good in the morning. I was competent, I got the necessary things done, but I wasn’t cheerful or communicative. I’ve always preferred jobs with a late start, even if it meant they can spill over into my evening. Because it’s the later hours when I’m at my best, my most productive and my most creative. It’s when the ideas flow and when I crank through stuff on my list.

But decades later, Himself now lives with me, and my whole world has turned round. He’s not a natural lark, indeed he kept late hours when we first got together. But now his work mornings start at ridiculous o’clock. He puts Mel Robbins to shame because as soon as the first notes of his morning alarm start to play – currently John Denver’s Country Roads (I blame that Kingsman film) – he’s out of bed.

I don’t join him getting up at ridiculous o’clock, in fact I snuggle right down under the covers and pretend I’ve not even noticed. Most times I fall back to sleep, sometimes I don’t; but either way, I stay in bed. Yet, on those rare days when I’ve got up as I hear the click of the door when he leaves, I am enormously productive. I crack through my to do list and wonder why my stomach alarm hasn’t rung to tell me its lunchtime, only to discover it’s still only 10 o’clock.

So, even if my morning routine encompasses nothing more than getting up when I wake up instead of snuggling back under the covers to browse my social media timelines – that would have a massive impact on my day. Way more than the 30 minutes meditation, Yoga or Pilates, healthy smoothie malarkey – which to my mind proves that a morning routine is a good thing, but that copying another person’s morning routine isn’t the way to go.

How do you feel about morning routines – hurrah or harumph? Do you have one – if so, what does it encompass? Are there things you wish you did first thing in the morning?